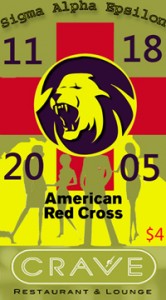 During my sophomore year of college my fraternity was shut down. As a result, all of our events were canceled and to make matters worse we couldn’t even participate in other organized events within the Greek system.

This sucked. It was a huge problem especially for my group of friends who enjoyed going out and doing the social thing.

At this point in time, my friend and I decided to build a college marketing company that would encompass three themes: (i) host events in a safe and secure environment (ii) be honest and upfront with our partners and vendors (iii) create recognizable and memorable marketing events that would promote the company brand in a positive and unique light.

In the short aftermath of my fraternity’s suspension, we hosted our first event. The first was all it took. It gave us some confidence, experience, and most importantly, momentum. From that point on we were able to grow the business, form new partnerships, hire more help, and keep the ball moving forward.

We were beginning to be featured in the local newspapers and magazines and were starting to become a focal point of the local community’s social scene: 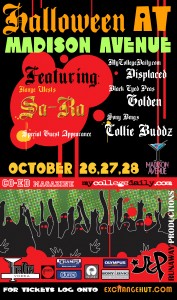 “Yet another alternative to Freakfest is Runaway Productions Halloween 2006, the first event of its kind to be held at Madison Avenue. Runaway Productions, a company run by UW students, organized this 18-and-up event with Sony/BMG Music Records and CO-ED Magazine to provide an alternative environment for those in search of a riot-free good time. According to Managing Partner Daniel Reich, the Halloween 2006 event was created as a “legitimate venue so people can party in a safe, controlled environment.” Instead of wandering around aimlessly amid the drunken antics of State Street, students will have the opportunity to dance to their favorite artists at the dance club on University Avenue.

Runaway Productions intends to appeal to all sorts of listeners with a variety of musical acts. Hip-hop, reggae and rock fill the bill with artists including Golden, Collie Buddz, Fahrenheit and Displace. Also performing is special guest Sa-Ra from Kanye West’s record label GOOD. The event runs tonight and tomorrow, and attendees can purchase tickets from ExchangeHut.com.”

–The Badger Herald, State Street not only show in town this Halloween

(Disclosure: Sa-Ra never came and the headliner was Collie Buddz. It was his first live US show. One of his songs here)

At the end of the day, “the first” was all it took. Although we did many events and functions thereafter, “the first” is what really put us over the top. It is probably the hardest thing to do when starting a business or doing sales, but once one is knocked down, the rest just kind of fall into place.

Sidenote: It’s been three years since we parted with Runaway Productions and three years later it is still going strong.

(Posters from other events below) 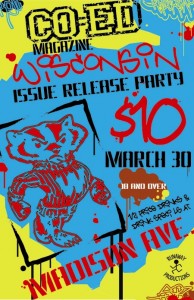 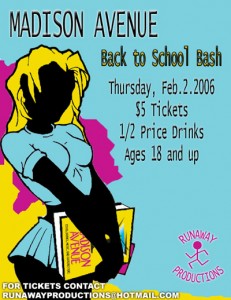 (Pictures from other events below: Collie Buddz and Golden performing) 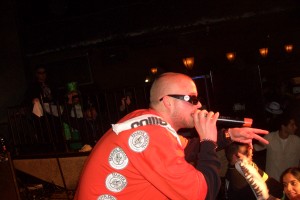 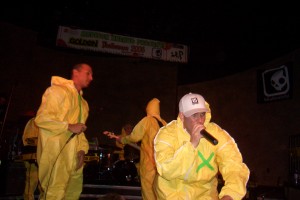 The journey is the prize

25 years ago yesterday, AMZN went public. As the Grateful Dead would say, “What a long, strange trip it’s been.”

It’s been far from smooth. Lots of risk-taking, lots of invention, lots of mistakes, so much we still have to do better. I wouldn’t trade the ride for anything.

If this were the late 1930's, my grandparents would be on this list of "Ukrainian families" fleeing their homes.

Easy decision to donate to a few more families today.

For the next 48 hours, @jennifer & I will match all personal donations. https://www.1kproject.org

To put the depth of the reset in context: to justify a $1B valuation, a cloud unicorn today would need to plan on doing $178M in revenues in the next 12 months, if you apply the current median cloud software multiple (5.6x forward rev)

There are some folks in life that just totally change the game for you.

Congrats @Troops on joining up with @salesforce!

It's been a pleasure working with @DanReich and the team - and another nice win for the NYC tech scene.