In 2008 Michael Dorf opened his first combination music and wine venue in NYC called City Winery. In 2013 the brand generated over $1 million in profits for his investors. Compared to his previous media and technology company called Knit Media, parent company of the Knitting Factory, Michael generated more profit with City Winery in the first year than all of his years combined at his internet company. The business now has locations in NYC, Chicago, and Napa. This fall will see the opening of the fourth location in Nashville with more expansions to be announced by the end of 2014.

Here are some lessons from a former technology entrepreneur on how to build a rapidly growing business in the old fashion world of food and hospitality, using technology as a catalyst for growth.

You can’t digitize wine, but you can music. Marc Andreessen famously said “software is eating the world” however there are just some things that will never go digital. Food, wine, and live music are just a few examples. So when Michael looked at his business, he asked himself “what is impossible to copy?” For him, live music was at the top of this list because as he said, “even the best high def surround sound Imax films can’t capture the magic of a musician performing live.”  Thus, the opportunity around the live concert business was the side of the music industry he wanted to focus on. Michael isn’t the only one to capitalize on this opportunity. From 2009 to 2013 “the rock band Phish has generated over $120 million in ticket sales, handily surpassing more well known artists like Radiohead, The Black Keys, and One Direction.” Michael and Phish focused on live music as their point of difference.

User Interface (UI) is not only important for computer screens. It’s also important for physical space. In the world of software, User Interface (UI) and User Experience (UX) are both critically important. It is how a customer navigates a website, what they see when they enter, how they are greeted, treated and ultimately served. A physical room is no different so when Michael designed his first venue, he strongly considered the material choices and the design elements of what a customer can touch and feel. Danny Meyer calls it “enlightened hospitality” to look at all of these elements. With the mindset of user interface, you can improve customer experience by thinking about the various movements in the physical spaces of your store, restaurant or office.

Technology is a tool to make your simple tasks, even simpler. Michael wanted a ticketing system that could allow his customers to pick their seat at a particular table, visualize it on a map, and see who was where in their 300 seat room. This capability would enable City Winery to perfectly scale the room with different pricing options and configurations. This solution however did not exist, so they spent some resources to build a custom ticketing solution for their business. Now, people can show up an hour before an event or 20 minutes late and they will still have their seats available. This created a much more luxurious approach to seating and tickets thereby creating a much better overall experience. According to Michael, “this in fact, gives people back a little time, something that has gotten more scarce and valuable in an overly digitized, super fragmented, and fast paced high tech world.”

Direct Marketing is cheaper today. Years ago, marketers would have to send a piece of snail mail to their customers. Today, emails and social media enables real time, cost efficient marketing. Sending direct emails that get through junk filters and to the radar of City Winery’s customers is a tremendously inexpensive way to stay in close touch with their community. By combining this with social media platforms, Michael and his team are able to get the attention they need in an overly saturated world of media.

Know who your customers are by measuring and analyzing data. In a larger scale organization, the ability to have a maître-de remember everyone who walks in and what their favorite wine is, simply will not work. However, by using a membership program which is tied to a POS system, Michael is able to track what kind of wine people are consuming and is therefore able to see patterns in their consumption. Their “virtual sommelier” can send suggested wines for the customers to try on their next visit. Like great sommelier with a tremendous memory, this is terrific service perk, especially the more regular a customer is. As Michael said, “this was a classic old world dining trick which we used new technology to reapply in a tangible way. If it was purely a digital suggestion box, it would not work as effectively.” When you think about your business, think about how you are keeping track of who your customers are and what they like. There are newer tools out there that can help you do this more efficiently then pen and paper.

City Winery is not just using technology, but the best of the new media’s thinking, in delivering a unique, profitable and real world experience. Besides locations around the globe, if anyone is going to be able to digitize wine, chances are good that it will be Michael. 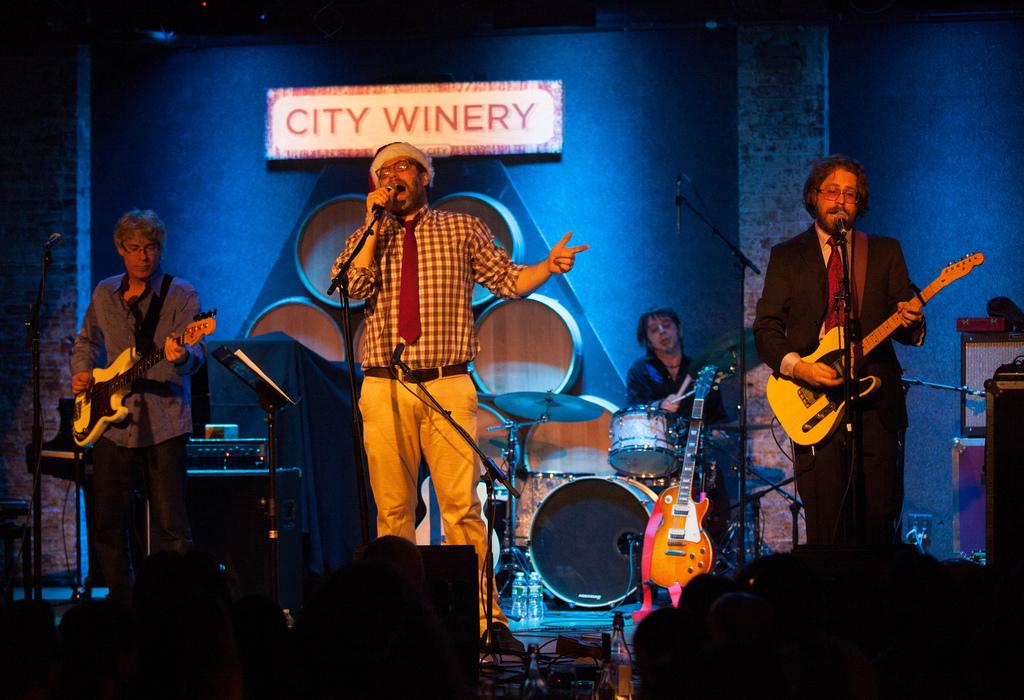